Born in 1979 in Bogota and raised in the Dutch city of Deventer, Guy Nikkels picked up the guitar at the age of ten. At fifteen his interest in jazz was kindled, causing him to enroll for the prepatory program two years later at the conservatory in Zwolle (with guitar player Hans Voogt). 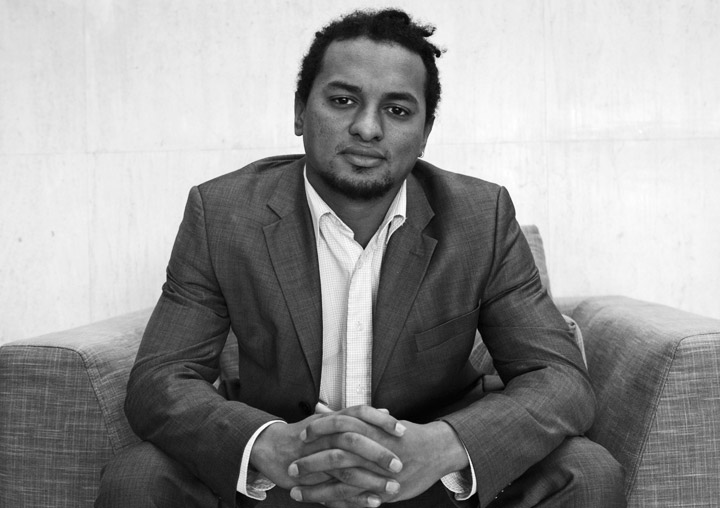 photo: Eveline van Egdom
In 1998 Guy was admitted to the Royal Conservatory in The Hague. His teachers were Peter Nieuwerf, Eef Albers en Wim Bronnenberg.
Upon his final exam in 2003 Guy was granted the opportunity to follow up with a master's degree, which he achieved in 2005 with honors.

During his studies Guy Nikkels started the band 'Thinktank' (with Rein godefroy on piano, Hendrik Vanattenhoven, double bass and David Barker, drums). With their compositions and arrangements, all the members contribute to the repertoire of the ensemble. The style may best be described as 'acoustic jazz'. In 2007 their debut-CD 'Pekdek' was released by O.A.P. Records.

Guy is part of the 'James Brown Tribute Band' that, perhaps not unsurprisingly, concentrates on the music of the recently-deceased 'Godfather of Soul'. Together with Belgian singer Bart Mertens he plays with the 'Bmjazz Quartet', which performs a light repertoire of jazz-standards. Having started during his studies and continuing to do so, Guy has played and collaborated with various acclaimed and famous artists, both nationally and internationally: Michael Brecker, John Ruocco, Kenny Werner, Eef Albers, Henk Meutgeert, Frits Landesbergen en Kurt Rosenwinkel.
In 2007 he has toured in Tanzania and Romania. In July of that year he performed with 'Thinktank' at the international jazzfestival of Gastoria-Gasteiz in Spain.